Not a novel approach to the hate speech/free speech debate, but at least it was clearly stated by the Editor-in-Chief of the student paper at Delta University, in Mississippi. The article was called Is Hate Speech Violence?

Events like this have sparked a debate around free speech, and if and where we draw a line around what we protect under free speech. People are arguing that Hate Speech should be protected under the First Amendment. Many of the people making this argument, while not white supremacist themselves, believe that we should protect the right for white supremacist to openly speak their views. 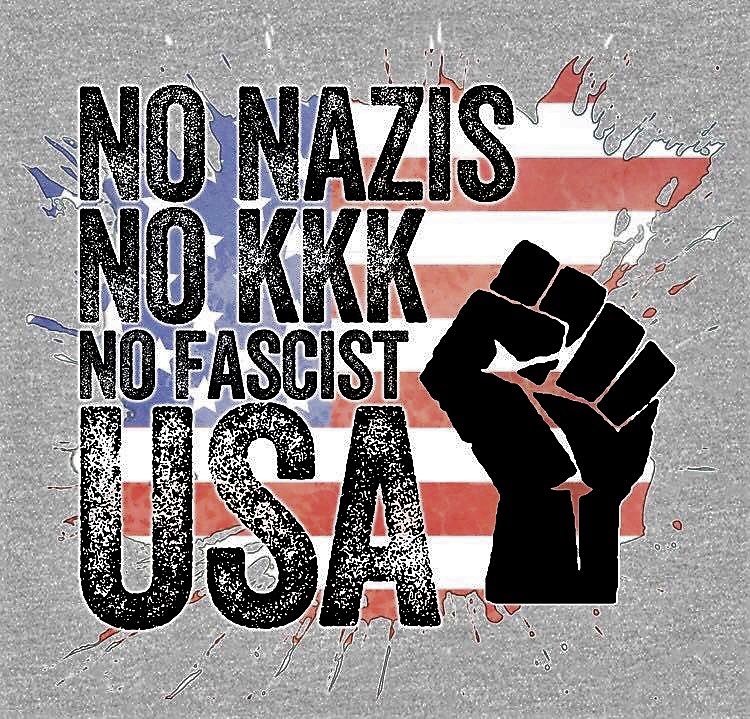 This graphic accompanied the article, apparently indicating that fists will be needed to prevent a KKK, fascist USA.

They believe that white supremacist should have as much of a voice as anyone else, regardless of how dangerous that voice is. However, the voice of white supremacists is one that seeks to oppress the voices of numerous people groups that already face marginalization on a daily basis. White supremacist seek to do this through means far worse than simply stating their views. These people’s aim goes beyond speaking about them, and it is dangerous to attempt to divorce white supremacists words from their actions.

Should the FBI and local police take note when a group looks dangerous? Of course. Should acts of violence be prosecuted?  Yes.

Seeking to oppress “the voices of numerous people groups that already face marginalization on a daily basis…” is not a reason to put police or government in the position to censor. [People groups? What’s a people group? – Dave]

Our young people are so willing to toss away basic constitutional rights in the name of “being nice.” That’s sad, really.

This entry was posted in Free Speech, Protests, Uncategorized and tagged Free Speech. Bookmark the permalink.

3 Responses to Deny Free Speech Because…