The harassment occurred after Turning Point USA (TPUSA) members gathered on campus and posted several recruitment posters on campus, each of which listed a reason why the students prefer conservatism.

“I believe in the right to life, liberty, and the pursuit of happiness,” “I love economic freedom,” and “all human life has value” were among the reasons posted. Link

Forget about being conservative on that campus, being pro-American is enough to get your stuff trashed.

The controversy continued this week with a counter-display erected by several other student groups, such as th Diversity Celebrations Committee, Women in Science, Celebrate South Asia, KARIBU club, and St. Olaf’s Students of Color—all of whom accused TPUSA of only caring about “rich, white, heterosexual” men.

Suppose they were.  Does this disqualify them from participating in the college environment — which includes hanging signs, getting together and talking with others?

Congratulation, St. Olaf liberals. You’re the new fascists. Pick up your armbands at the student union. Torches will be distributed to those who’ve passed the mandatory safety course.

”Today you can sit down with an impressionable elite – a Harvard-educated lawyer, for example – and they know with absolute certainty that somehow Trump was laundering money with the Russians in exchange for help in the election.

‘They have no evidence for these claims and yet they ‘know’ it just as strongly as elites once believed the earth was flat.

‘So did the Russians need money? How, when $2.4billion was spent on the election campaign, would $100,000 worth of Facebook ads make a difference?

‘It’s illogical, and yet perhaps 40 per cent of those reading this paragraph have come to believe it, based on reports of completely classified un-knowable information. They just know it.’

“I’m going to fall. Where’s Huma? I need my injection.?

Ever since about 11 p.m. ET on November 8, 2016, Clinton and her allies in the media have worked overtime to provide increasingly fanciful explanations for her failure to beat the least-credible candidate ever in American history. Sometimes the apologias are conscious, sometimes not, but nobody really wants to accept what happened (in fact, even Trump himself couldn’t believe it for a while, which helps explain why his transition was so incompetent). The result is a non-stop barrage of stories, some more credible than others, that Trump’s win was the result of some sort of sinister machination that has undermined our democracy. Following from this interpretation every aspect of his behavior, from his bro-ing out with Vladimir Putin to his indifferent spelling and capitalization while tweeting, is just one more sign that we are living in a world gone stark, raving mad.

He ran against Hillary Clinton, that’s why.

Update: STEM and Girls: Why Are there No Female Bombers?

Psychologists, Criminologists Flood Cable News to Talk About Someone They Never Met

CNN: Why So Many Murders in the Wake of the Election of Donald Trump?

What Can We Learn from Yammering on for Days About This? Our Panel Debates

Stunned Family Members Say “We knew he was going to do this one day.”

Found on the Internet: Anyone who has ever Googled my name realizes that I have been the target of a sustained right wing smear job. When asked about it by reasonable people, it’s hard to explain why a small, cowardly group of reputation assassins would have fixated on me to the point where their serial lies have more sustained bandwidth online than any attempt of mine to counter the false narrative with the truth.

I offered up this space for Bill Schmalfeldt to correct any and all falsehoods about him in this post. Years ago, I offered him a regular space here so that he’d have an audience.

Others have republished, exaggerated, satirized and embellished some data points…but Bill Schmalfeldt has unintentionally handed out mountains of material.

Shorter Dave: If you try to get people fired, or end marriages or destroy reputations on the internet, people will come after you.

Bill Schmalfeldt can comment here and let fly. I hope he does. The website where we found the above paragraph won’t be there in two months, and he’ll never get the word out about the right wing smear.

I Want to Be On Your Side

Nearly a month after a student was barred from attending a religious studies class, Indiana University of Pennsylvania (IUP) has reversed course, suspending normal policies and procedures.

Lake Ingle, a student enrolled in “RLST 481 – Special Topic – Self, Sin, and Salvation,” a course taught by IUP Professor Alison Downie that he needs in order to graduate, objected to his instructor’s claims regarding the “reality of white male privilege,” on February 28.

I have no way of knowing if the angry outbursts were real, or disruptive, or a fantasy.

And then there’s this story:

The American Civil Liberties Union says a high school in Reno unconstitutionally retaliated against a student after a Republican congressman’s office complained to the administration about a call from the teenager.

[The student] Noah Christiansen called Amodei’s office when he walked out of school Wednesday as part of a a nation wide protest against gun violence. He said he could have used better language during the call, but that it’s his right to use the words he wants.

The ACLU told Amodei it’s disturbed by his office’s move “to restrict the First Amendment rights” of a constituent.

It just so happens that I’m a teacher and both these incidents involved students. On the other hand, I really want to be on the student’s side. Regardless of the political message being delivered, students do have the right to “be heard.” Just wait ’till the other person finishes, raise your hand, and don’t cuss.

The professor, the high school and the representative’s office needed to be the adults in the room. They weren’t.

Is There Life After Serial Bombing? “Not this time,” says Serial Bomber Brett Coleman Kimberlin

“Never had such fame, and probably never would…” says bomber’s ex-girlfriend’s neighbor.

Quote of the Day

What an amazing collection of entitled creeps, who long ago convinced themselves that the “rule of law” is identical to what they see as their sacred right to exercise power in any way they see fit. — George Neumayr, on John Brennan’s Thwarted Coup

Grossly Offensive is Illegal in the UK?

A man who filmed a pet dog giving Nazi salutes before putting the footage on YouTube has been convicted of committing a hate crime.

Mark Meechan, 30, recorded his girlfriend’s pug, Buddha, responding to statements such as “gas the Jews” and “Sieg Heil” by raising its paw.

But police were alerted and he was arrested for allegedly committing a hate crime.

The original clip had been viewed more than three million times on YouTube. 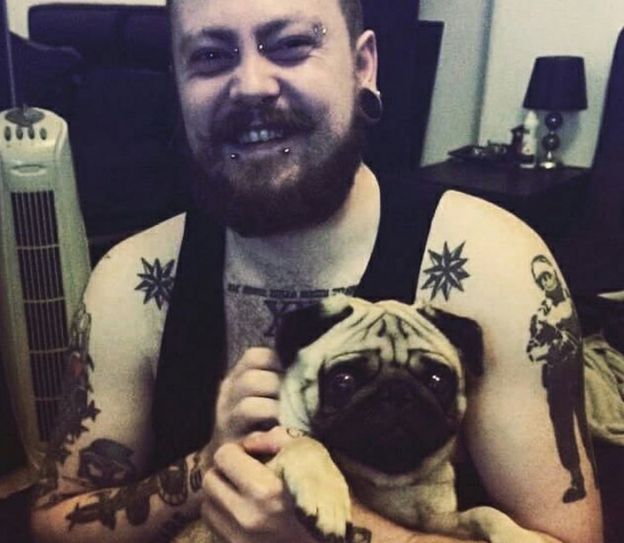 [Sheriff O’Carroll] added: “In my view it is a reasonable conclusion that the video is grossly offensive. (Do sheriff’s hear cases?)

“The description of the video as humorous is no magic wand.

“This court has taken the freedom of expression into consideration.

“But the right to freedom of expression also comes with responsibility.”

That last line can be used to censor anything. I think.

I have no sympathy for someone who does stupid things on YouTube. They deserve to be mocked, even avoided. On the other hand, if offending people is a crime in the UK, it will eventually be tried in the U.S.

Over my dead keyboard.

The other day we learned that 78% of North Carolina teachers think that arming teachers is a bad idea. That sounds like a large percentage, being so close to a hundred, you know. (That link takes you to an underappreciated gem on the net.)

With the news that 74 percent of Americans believe a Deep State exists, a Monmouth University poll reveals just how little influence the disgraced national media have over public opinion and perception.

The Deep State, which is correctly defined in the polling question as “a group of unelected or appointed government officials who have too much influence in determining federal policy,” has been a national issue since the rise of President Donald Trump. Ever since this conversation started, though, the media have been slashing away at the discussion as a fevered conspiracy ginned up by conservatives.

We believe it not because somebody n the radio told us, or the president tweeted it…but because they’ve been unmasked.

One of the first, but not the last.

This is going to be a tough few years for bureaucrats who use their positions for political gain.

By the way, I was breifly concerned about Facebook’s access to my psycho-graphic data until I realized that I have 99 new notifications and have not visited for a year. Also, most of my opinions are here.