If You Needed a Group to Look for Hate Online…

You’d hire a group which can find hate even where it doesn’t exist.

The Southern Poverty Law Center is assisting YouTube in policing content on their platform, The Daily Caller has learned. 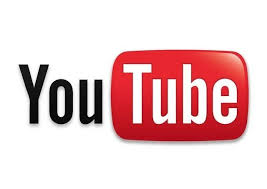 The left-wing nonprofit — which has more recently come under fire for labeling legitimate conservative organizations as “hate groups” — is one of the more than 100 nongovernment organizations (NGOs) and government agencies in YouTube’s “Trusted Flaggers” program, a source with knowledge of the arrangement told TheDC.

I don’t consider the Southern Poverty Law Center to be honest brokers of fact in this area. That’s a nice way to hint that their Hate Map” is filled with the names of groups who are simply right-of-center.  The list itself resembles the old Hollywood blacklist in that groups and individuals can be hurt by merely associating with named groups. Once you’re on, it seems hard to get off the list.

I’ll have more on the SLPC in the future.

YouTube has every right to delete videos that are criminal, offensive…or whatever standards they establish. Hiring the SLPC and other groups seems to confirm that it will be conservative voices which are silenced.

This entry was posted in Alt-left, extremist progressives, far-left, jackbooted censors of the left, Media, Uncategorized and tagged Media. Bookmark the permalink.