I Appropriated the Culture of Krypton Once. I Looked Silly.

The Daily Wire, and the Whole Internet notices that the New York Times asks the important questions of the day: 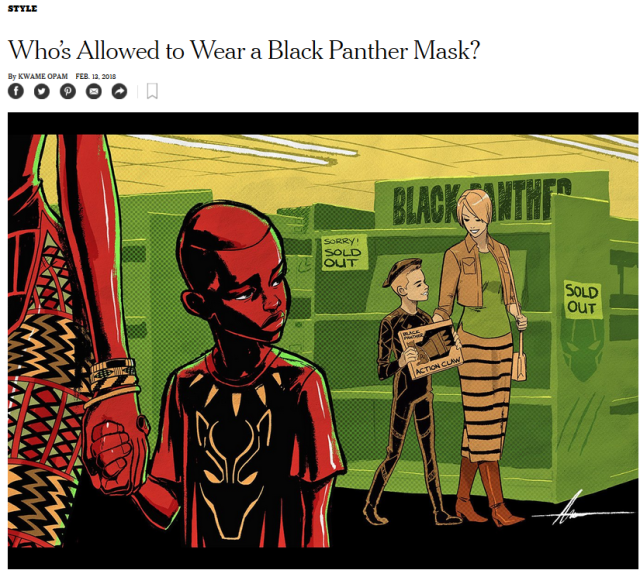 In the end, the NYT could only find one person — a college professor, of course — to give them just a bit of satisfaction on the issue.

Brigitte Vittrup of Texas Women’s College told the Times that any parent allowing their child to dress up as Black Panther must, at least, discuss with them the concept of privilege. “White people have the privilege of not constantly being reminded of their race in the United States, where white is the majority, whereas as a black person you don’t,” she said.

When western culture crumbles from sheer stupidity, it’s this kind of stuff that will be considered the early warning signs.

4 Responses to I Appropriated the Culture of Krypton Once. I Looked Silly.