There are lots of fronts in the massive battle over the idea of hate speech and free speech. Young people seem especially convinced by the notion that hate speech hurts, and so it must be stopped.

In a series of lawsuits filed by Bill Schmalfeldt and Brett Kimberlin against John Hoge, Sarah Palmer and others, commenters noticed that Team Kimberlin’s legal arguments boil down to “he hurt me!”

In the case of Schmalfeldt, his cases never got to a courtroom, so he didn’t get an opportunity to hear common sense from a judge. In Kimberlin’s only significant courtroom appearance, the opposing side never had to present a case, as he could not establish that he wasn’t a pedophile. John Hoge has been discussing these cases for years at Hogewash!.

Butthurt is not a tort. Nor is it a crime.

This seems to be one area in which the progressive folks are unable to use their vaunted nuance.

I agree these things are bad, but wonder who gets to define hate, and who gets to wield the red pen.

Graphic from Garn Press, in their reprint of the Lakoff essay.

George Lakoff is an alt-left, fringe progressive and retired Distinguished Professor of Cognitive Science and Linguistics at the University of California at Berkeley, and is pretty sure sticks and stones may break your bones, in a manner of speaking: Link

Mass marketed hate speech is not “mere speech” by an individual. It is actually physical in nature because all ideas are physically constituted by neural circuitry in our brains. When you are repeatedly told by those protected by the President and his government that you are a lesser being and are hated, it can have a crippling effect, physically, on your brain, mind, and heart.

Freedom in a free society is freedom for all. We are not free to prevent others from being free. Hate speech can affect those who are repeated objects of hate with a crippling toxic stress and a sense of distrust and fear that can keep those hated from living full and free lives. Mass-market hate stands resolutely in the path of life, liberty, and the pursuit of happiness for all Americans.

“We are not free to prevent others from being free.”

So, maybe he sees the irony and is actually hoping that we (or he) some day can prevent others from being free…but I doubt it.

He wants to limit the speech of Breitbart, Drudge, the alt-right and anyone else who says things he considers hateful. He’s not talking about people who are being bombarded by racism, like blacks in the deep south before segregation. He wants to outlaw things, and hopes to be on the committee which determines the perameters of speech:

Freedom of speech means accepting that same freedom for others. This is something that the extreme left, alt-left or far left (see what I did there?) can’t seem to understand.

The alt-left, fringe progressives who are the would-be censors of the 21st century need to get this. We can’t limit the free speech of others without putting at risk the free expression of others. 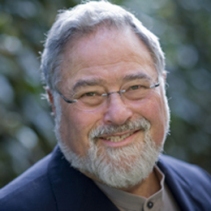 And by the way, Lakoff hurt my feelings with his fringe, hateful, extreme progressive, alt-left, mean-spirited essay. It was a physical attack on my person-hood, as it was constituted in his brain and later reconstituted in my brain. Like frozen orange juice but with more pulp.  It left me with a sense of mistrust, occasional sleeplessness and damage to my neural circuitry.  Not that I could ever brag about that last one.

Maybe I’ll just ‘get over it.’