Where does one even begin?

The Oaf was busy this afternoon fouling the air in Pretendyland with a new blog post and in that post said perhaps the most risible thing that has ever been excreted from his keyboard.

“Grady had posted a picture I took of my wife, at her request, to send to two individuals with the instructions that it was not to be published.”

This sort of thing is why Bill Schmalfeldt will never get anywhere as a plaintiff in a legal action while meanwhile the restraining orders continue to rack up.  Whatever else he is, he’s truly deranged.

Assume that it’s just poor sentence structure that makes it sound like his wife asked him to send the photo.  He’s stated otherwise in any event.  He doesn’t bother to tell us to whom he sent the photo, but he’s admitted that elsewhere as well.  Let’s assume that these two people weren’t his friends.  Let’s assume he knew that too.

My point, Mr. Oaf, is that you sent the photo with instructions that it was not to be published and, when it was, you were shocked, shocked1.

“…instructions that it was not to be published…”

So, let’s see, Bill. You sent an unsolicited personal and very graphic photo taken during Gail Schmalfeldt’s last days to people you have acknowledged hate you and expected that, because you had directed them not to do anything with it, they would comply2?  Seems to me, if that was entirely true, you at best have a claim for copyright infringement against the two people.  Better hurry up, though, because you only have around a year left under the statute of limitations3.

But your beef here appears to be against Patrick Grady, who I gather is not one of the people to whom you sent the photo.  Oh, I see- it’s because you’re currently suing Patrick Grady, claiming he’s Paul Krendler.  But didn’t you try that before?

And didn’t you voluntarily dismiss that lawsuit with prejudice?  It’s res judicata once again, Bill.  That fact you alleged: that Krendler=Grady?  Decided against you.  Laughon v. O’Braitis, remember? 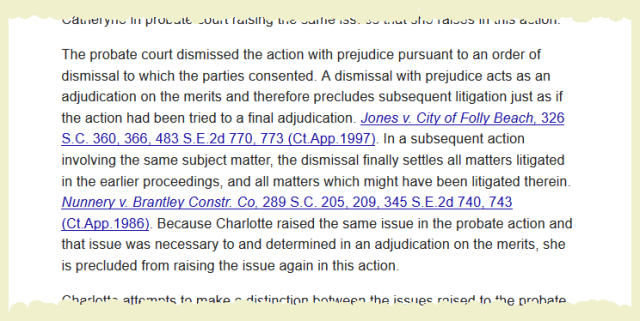 You squarely raised your contention that Krendler=Grady in that lawsuit.  That question is treated as adjudicated on the merits.  It is finally settled.

And you didn’t even have to stumble into the courtroom4.

1 Don’t for a minute mistake any of this for an acknowledgement on my part that The Oaf has told the truth about sending out the photos. Oh yeah, the situation has all the elements of the usual classic Acme trap.

Whatever malignant purpose Bill Schmalfeldt had in mind when he distributed that photo, he had full control at that moment over how many were sent out and where they went. He seems to think that this is some sort of classic res ipsa loquitor situation where, because he says he did a particular thing, everything that happened subsequently must by necessity flow from that assertion. Well, he should think again, as the proof problems inherent in the situation aren’t resolved near that easily.

2 Again, I don’t believe for a minute that either of the two people The Oaf claimed to have sent the photos to did anything improper with them. But what could he have thinking they would do?

3 Not saying that such a copyright suit would be anything even remotely winnable. But oh my God would it be fun to watch.

4 This sort of blog post by The Oaf when he has only about two weeks to prepare for not one but two huge litigation challenges: John Hoge’s Maryland suit in front of a judge who is clearly pissed off at Bill and the lawsuit-killer Nuke from Nettles. 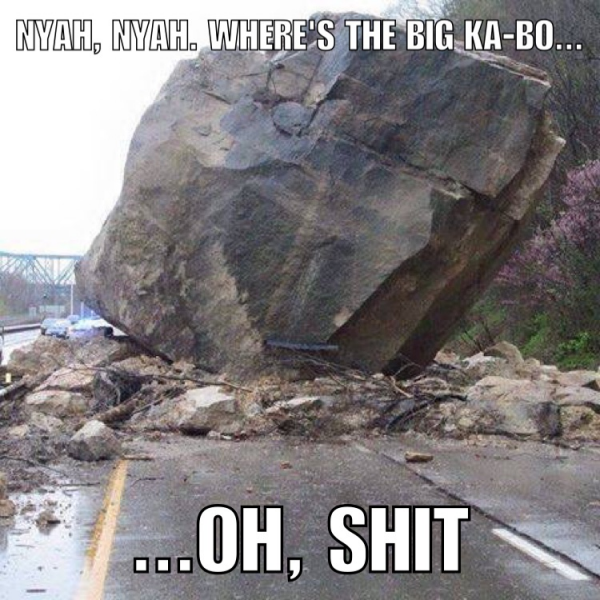 This entry was posted in Being Ready, Law, Loser, Pretendyland, Stupid and Evil, The Oaf. Bookmark the permalink.

46 Responses to Where does one even begin?