As is the typical style for the Artican Craft Blog, anything I type is in red, and quotes are in black. This might help with understanding. Also, can we keep the comment section of the blog free of profanity? Feel free to use dumbf-ck if you’re inspired to. If Bill Schmalfeldt comments, please know that this is the last place in Lickspittleville that he’s allowed to write. Chasing him off here might actually be counterproductive. I have written this article in the most neutral way possible, given that Bill Schmalfeldt once put my photograph on the rear end of a dog. — Dave

Today was a day that caused me to rethink a lot of what I thought I knew.

Today was a day that reinforced to me the necessity of standing up for yourself, even when you are nervous and anxious.

I’m not going to pretend that my seeking a North Carolina No-Contact Order for Stalking or Nonconsensual Sexual Contact was some big, earth-shattering occurrence that should bring me praise.

Instead, I’m going to take the lessons I learned and apply them going forward.

Just what did I learn? Well, I learned a whole lot about Bill Schmalfeldt, the man I sought the No-Contact Order against.

As folks know by now, Sara Palmer now has another No Contact order in place enjoining Bill Schmalfeldt from contacting her.  The hearing was held in the Guilford County Courtouse, in Greensboro, NC. Bill Schmalfeldt was there.

There is no “short version” of the Bill Schmalfeldt story except to say that enough people have gotten Peace Orders or No Contact Orders to stop him from contacting them that the math is difficult.  A Reader #1 thinks this is number 12.

Palmer writes BillySez, a blog devoted to documenting the words of Bill Schmalfeldt, which are sometimes quite coarse.  Schmalfeldt has sued Palmer, John Hoge and several other people eight times, though none have been successful. Actually, none have gotten past motions to dismiss.

Just joining us? Treat this like season 2 of a low-rent Downton Abbey, and the intertwining plots are too complex to unravel quickly.  Most of the plots center around the difference between writing to someone, and writing about someone.

I learned that Bill Schmalfeldt thinks that just because he wants to know something that he has the ABSOLUTE right to try by any means to get you to answer it. That he thinks that he is being polite. That he thinks he is being non-threatening. That because he is suing you he has the right to make you answer questions that have on bearing on the matter that he is suing you for. That he is given this right by the First Amendment of the United States Constitution.

Now, I already knew that yes, Bill Schmalfeldt thought those things. But in the back of my mind, I thought that he had to know somehow that what he was doing was not quite right. That he would realize how many boundaries he crosses when he does the things that he does.

Bill Schmalfeldt really, truly, honestly believes that he should be allowed to intrude into someone’s life to get the answers he wants. That if he’s suing you, he is allowed to ask things of you that have nothing to do with the lawsuit, whatsoever. That he sees nothing wrong with contacting someone who has previously told him that no, they DON’T want to talk to him. Ever. And that he should just go away.

It is an honest belief, pure as the driven snow.

He couldn’t possibly be more wrong.

When he was giving his opening statement to the court, he laid out his case, saying that he was suing me for things such as defamation and reckless conduct. That he had believed I was being too smug by far about the summons he was sending to be served upon me, and that it sent him searching deeper. And that the information he found made him believe that I had moved from my prior home in Reidsville to Greensboro well before I even sought out the first no-contact order. And that he then began trying to contact me.

The judge did not allow Bill Schmalfeldt to elaborate on the two year backstory to this whole tableau, but instead insisted that he stick to what we were there for – unwanted contact by him towards me – and nothing more.

So he switched gears, reading from my post BILL SCHMALFELDT WILL NOT GET MY ADDRESS FROM ME. I was privately amused that he still, to this day, does not realize that I was parodying his post from earlier this year HOGE WILL NOT GET MY ADDRESS FROM ME. The selection he chose made a few members in the gallery giggle. I hope it made up for what I felt was the inordinate amount of time we took presenting the case.

He mentioned that the email he sent to the Rockingham DA’s office had yielded no fruit for him. Turns out that no, it isn’t a crime to put down a different address, let alone possibly live in another county when seeking a no-contact order against someone. Funny how he never mentioned that previously. Did he want that threat to keep hanging over my head? Like all his other threats?

Bill also mentioned that I answered the question he was seeking there in the courtroom. And he marveled that I didn’t want to tell him that when he was asking me by phone, text, email and Twitter, that all it would have taken was a simple “yes” or “no.” But then he went on to say that I had offered no proof of when I moved. This showed me that no, a simple yes or no answer would not have sufficed for Bill Schmalfeldt, and I was right to simply not reply to him. What would have been adequate proof for him? And why on God’s green earth did I need to give HIM proof?

After all, he already had my address.

He was ever so helpful, agreeing that yes, he did make all the contacts I alleged. That he made those contacts knowing full well what my address was. He even alleged admitted to more contact than I was counting it seemed to me. But of course, because he was Bill Schmalfeldt, he was to be allowed to contact me in this manner. Because he needed his answers.

Question time came around. There was the sly little query of “I assume we are still under oath” as if somehow I would have forgotten I was in a courtroom, trying to give my testimony to a judge.

I had no questions of Bill Schmalfeldt. I felt no need to press him for anything. He had already admitted fully what I claimed. All I needed to see was if the judge agreed with me that my complaint rested within the boundaries of the statute. But Bill? Oh, he had questions for me all right.

You know that quote of his that is evergreen? How he stumbles into court and fucks himself? It was kind of like that.

He attempted to ask several questions of me about my blog. I never had to object as Her Honor shut him down every time, once with a sharp “you need to move on.”

At one point, he and I began to talk over each other, and Her Honor rightly told the both of us to knock it off. It wasn’t my finest moment, honestly, but I was frustrated over the same questions being asked several times.

Eventually he wound down. He asked to make a closing statement and it was granted.  His points were (loosely remembered) thus:

My closing statement was much shorter: Mr. Schmalfeldt had no problem serving me during the last lawsuit with a no-contact order in place. He wouldn’t have a problem now. I didn’t file this for the reasons that he is claiming, I filed it to get him to stop contacting me personally.

Her Honor wrote things, and checked things. And when she was done, she told Bill Schmalfeldt that he had subjected me to unlawful conduct and granted me the no-contact order.

Bill intends to appeal. It seems that the First Amendment grants him the ability to speak, but not the ability to know when to stop digging the hole he’s in.

Palmer said Bill Schmalfeldt’s demeanor seemed inappropriate, and the judge was put off by his tone.

My demeanor was of a man in physical discomfort.

Sarah Palmer indicated that  Schmalfeldt did not seem to be in pain, but was feigning discomfort. Schmalfeldt has in the past said that Parkinson’s Disease keeps him from being able to travel.  Based upon his improving condition over the last two years, and his recent travel, folks who follow the story find that detail to be questionable.

I was not questioned. If you are referring to my questioning of Mrs. Palmer, I found it frustrating that the judge would not allow me to ask questions that I thought would show that Mrs. Palmer was not at all frightened of me despite her being allowed to make unsubstantiated statements about having to take anti-anxiety medication. So “frustrated” would be a better choice of words. In my opinion Mrs. Palmer was giving a performance and I was not allowed to pull back the curtain to show it was all an act. Somebody that afraid of my evil and terror and scary monstrosity would not have produced 134-pages of printed blogs excerpts.

Palmer says that Schmalfeldt did not seem to understand how angry his questions were making the judge. He asked about BillySez and other topics which were not about the No Contact Order. Schmalfeldt asked more than once how he was supposed to know not to contact her, according to Palmer. 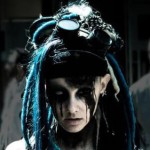 Schmalfeldt:  There was one instance in which the judge told us both to shut up. But most of this “talking over” was the judge shutting me down as I started asking a question. These were actions a lawyer would take for her client and call it sour grapes if you like, but this judge was an advocate for Mrs. Palmer.

Sarah Palmer said tonight that Schmalfeldt is allowed to write about her, but can’t contact her. Bill Schmalfeldt had no reason to contact Palmer, she says, especially since he already has her address — which is part of the stated reason Schmalfeldt contacted her. Schmalfeldt’s contacts included a phone message left for Palmer’s ex, asking when she moved. Schmalfeldt claims that Palmer was not honest about where she lived when she sought her last Peace Order.

Bill Schmalfeldt faces an uphill climb in his lawsuit against Palmer. He also faces difficulty in a lawsuit filed by John Hoge, because in that case Schmalfeldt was sanctioned for his scant participation in the discovery process. The sanction limits the documentation which he might present.

Lots of chatter at Hogewash!