Medical Update: Mr. Schmalfeldt is not suffering from cancer.

“I just ducked a bullet. I was tested for esophageal cancer today and came back with a clean bill of health. Although I first conceived of this adventure while waiting to see if I had a deadly illness (and happy to learn that I do not) I would still like to take this trip with the hope of showing everyone that even in this day and age, we are all Americans with more to unite us than to divide us.”

I am glad to hear that we are all Americans. Some of us are Americans who produce and serve…while others attach themselves barnacle-like to the hull of America, hoping to catch a free ride.

Bill Schmalfeldt has a gofundme page to get others to pay for a road trip:

Whatever the medical testing over the next two weeks comes up with, I’ve decided I would like to create a video tribute to the country I love, the nation I served in the military and as a civil servant.

Apparently he now thinks he is very sick. After decades of claiming an incurable disease, he might be really, no kidding sick now. He might be, but since he has amazing powers of healing heretofore unknown to human kind, I think he might be okay.

Honestly, if a disease is inside his body, I feel badly for the disease.

I would like to raise $15,000 to fund a 35-day trip to videotape all of the state capitols in the lower 48. Your donation would be used to get video of these historic buildings, cities, and — if I can wrangle it — interviews with state officials.

If they Google him, they won’t be interviewed.

Meanwhile, John Hoge has some plans to get Bill Schmalfeldt some important paperwork:

In general, I try to give Schmalfeldt some level of respect — by simply taking him seriously as a news subject. He has suggested some silly things in his day — that Hoge is KILLING HIM!!11!!,  or that HOGE had something to do with Shmalfeldt’s wife’s death, or that Paul Krendler is…well, lots of people.

But to suggest that complete strangers but gas, hotels and fast food so that Bill Schmalfeldt can create a diary of the country he loves…

While evading service in a civil suit…

Keeping his address secret even from the court…

The bottom left corner is most interesting. 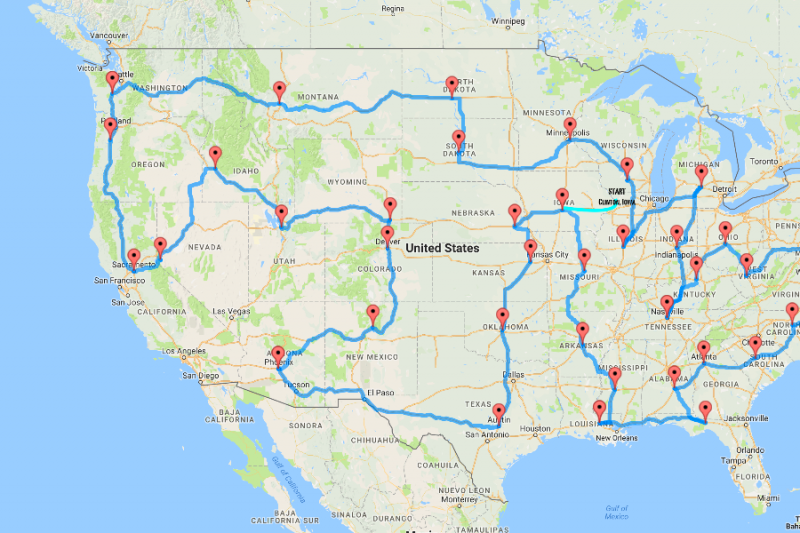 This is not the itinerary of someone who was immobile in 2013 from a disease which never gets better. Or someone who will ask a court to allow him to appear by Skype because travel is too difficult.

27 Responses to Go Fund My Efforts to Evade Service