When is it Okay to Punch a Nazi?

Richard Spencer, often described as a neo-Nazi, was punched while giving an interview about inauguration protests.

I don’t know his beliefs, and don’t care today to investigate. Just like other folks who are mentioned at this blog, sometimes I am standing up for the right of people to speak. I don’t endorse their ideas.

[Not Robert Spencer, the man behind Jihad Watch.– Dave] 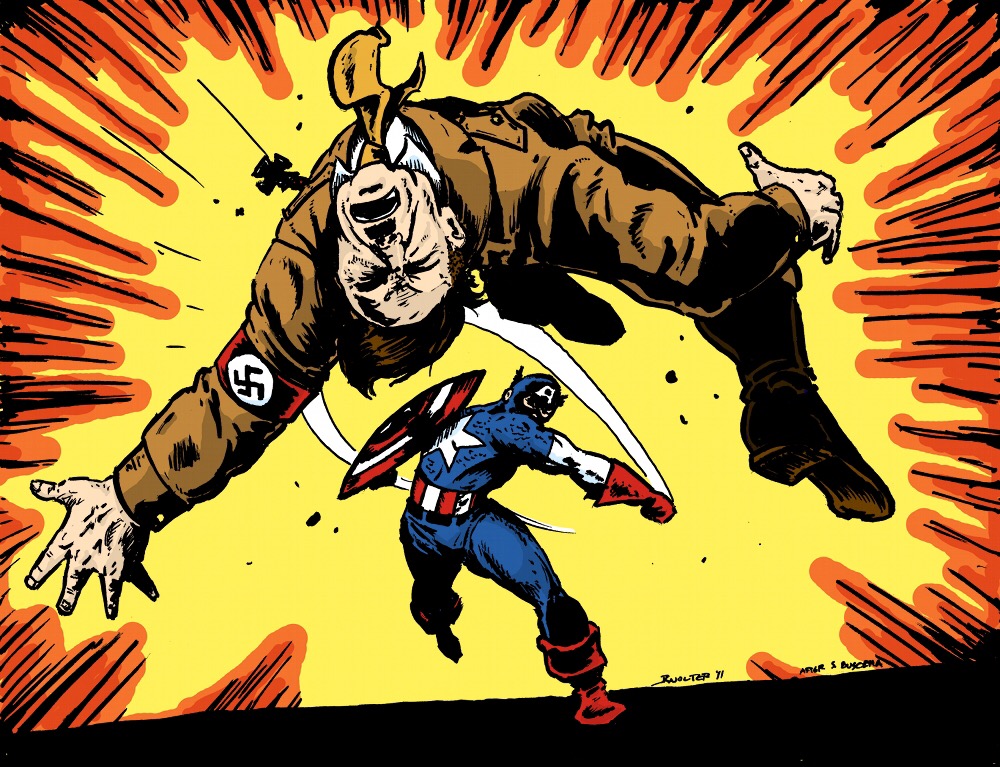 I suppose I’d make an exception for THAT Nazi. But the answer is really clear.

When is is okay to punch a Nazi?

When is it okay to punch a homosexual, a communist or a racist? All have been on somebody’s hate list.

When is it okay to praise someone who turns water hoses on the protesters who are just ‘riling up’ the locals? Or force a black man’s car off the road if he has a white woman in the car with him?

When is it okay to put a bomb on the porch of that preacher who’s behind all these protests? Or bloody up some freedom riders? Or sock a radical feminist in the kisser? Didn’t somebody honestly believe they were spreading hate?

When is it okay to punch out a man dressed as a woman in the ladies’ room? Or the young man in lipstick smiling at your son?

[For the record, all the groups I mentioned above should be able to…or should have been able to speak their minds without harassment. Yet each were or are targeted by people who have convinced themselves that it’s okay to bomb, hit, lynch or physically attack. – Dave]

Now if a Nazi throws a punch, defend yourself. If your country is at war with his country, the rules change.

But if he is peacefully walking down the street, even saying things you don’t like? Hateful, racist things? Not threatening you, but running down your race, gender, sexual orientation… No. You don’t get a free shot at someone you figure is a Nazi.

If you think you’re entitled to hit somebody because they say something hateful, congratulations. You just went full Fascist.

A viral video of a masked protester socking white supremacist and anti-Semite Richard Spencer in the jaw as he was being interviewed about protests at the presidential inauguration prompted an increasingly common question: when it is acceptable to use non-lethal violence against those who advocate ethnic cleansing?

It’s difficult for many to say out loud, but the violent attack against Spencer does not deserve condemnation.

Those who don’t underestimate the violent nature of white supremacy see these acts of intimidation—including the attack on Spencer—as self-defense.

The blogger at the ironically named To Tame the Savageness of Man:

Now, some are angry that violence was committed during this interview, but afterwards, Spencer refused to file a police report, never called 911, and never asked the police to find the person who did it. You know how we usually respond to people who respond to acts like this? We give them a big ol’ shrug because we’ve got people of color being shot down in the street with their hands up and their backs turned to the police yet their cries for justice go unheard. We have Native Americans who live in some of the most impoverished portions of America who ask for support from the government to stop their record-breaking number of suicides and receive nothing in return. We’ve got women being denied the right to make decisions for their own bodies in the year 2017 CE- not BCE. They have to potentially travel hundreds of miles to receive affordable healthcare and other services even after our Supreme Court determined the Constitution gr
ants the right to privacy to you, your body, and what you wish to do with it.

So, Mr. Spencer, the only thing I can say to you is: welcome to the real world. Get used to it or get out, because we are marching onwards towards the mountaintop of progress.

Hey. That’s not the mountaintop you’re headed for.

The ultimate weakness of violence is that it is a descending spiral,
begetting the very thing it seeks to destroy.
Instead of diminishing evil, it multiplies it.
Dr. Martin Luther King, Jr.

Why? What has violence ever accomplished? What has it ever created? No martyr’s cause has ever been stilled by his assassin’s bullet.

No wrongs have ever been righted by riots and civil disorders. A sniper is only a coward, not a hero; and an uncontrolled, uncontrollable mob is only the voice of madness, not the voice of the people.

7 Responses to When is it Okay to Punch a Nazi?