If liberals are calling the shots, Obama’s name will shortly be inscribed on statues and state buildings, and his face will someday appear on coins and currency, while the divisions he sowed and exploited in pursuit of personal glory will be papered over. Generations of schoolchildren will learn about the beloved, barrier-shattering college professor with the megawatt smile who could tell a joke and make a jump shot—not the ambitious, polarizing ideologue whose disdain for half the country was palpable. No mention will be made of his habit of insulting supposedly lazy, ignorant Americans who cling bitterly to their religion, guns, and “antipathy toward people who aren’t like them,” and who fall prey to “anti-immigrant sentiment or anti-trade sentiment as a way to explain their frustrations.” — Matthew Hennessy in City Journal 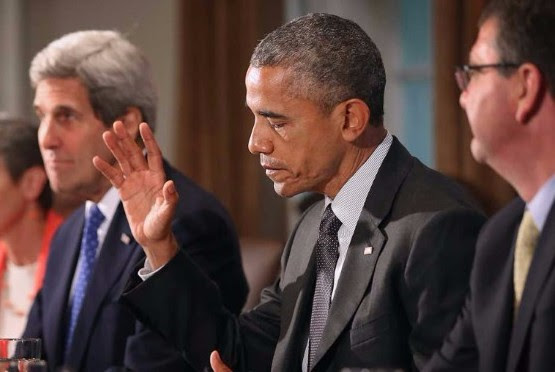 I agree with all but a single word of the above. But of course, liberals will not be the only ones calling the shots in writing the history of this administration.  All the rest of us, clinging to our Bibles, our pocket Constitutions and our guns will cling also to our keyboards.

This entry was posted in Presidential Politics, Uncategorized and tagged Obama, Parody. Bookmark the permalink.