A GERMAN mayor has come under fire for posting a “jokey” picture of a cucumber that looks like a burka.

The picture of the Islamic burka-like cucumber was shared on social media by Mayor Simone Stein-Lücke, who oversees the municipal district of Bad Godesberg in the former West-German capital of Bonn. 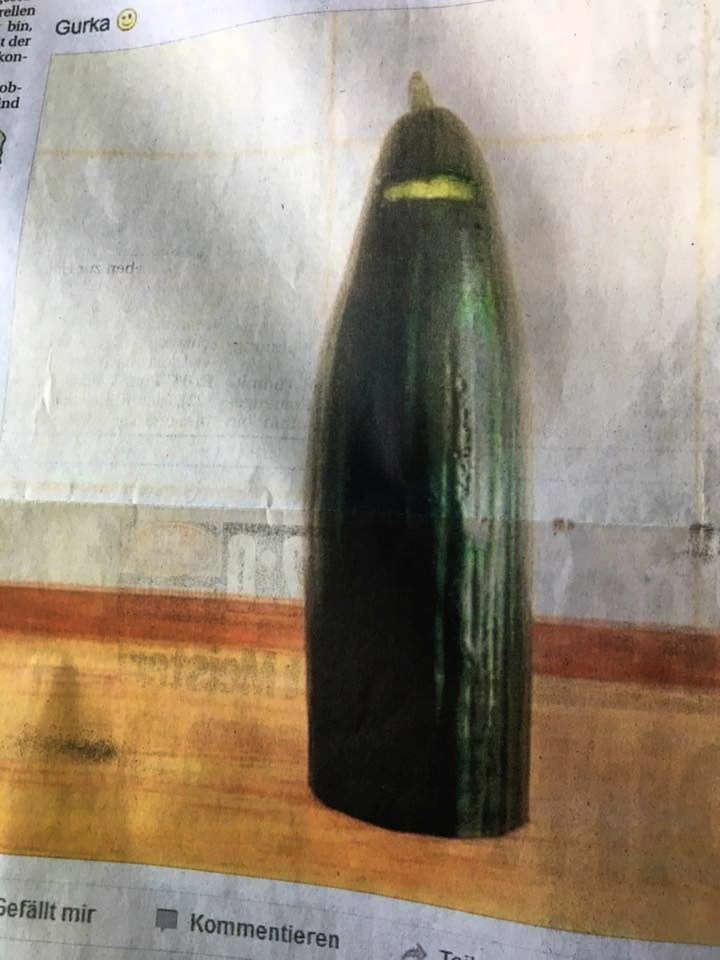 The word “Gurka” was added above the picture, as a pun on the German word for cucumber “Gurke”.

Mayor Stein-Lücke said she respects every religion and did not mean to cause any offense.

She said: “I respect every religion. But I have always stressed that I am opposed to a full-face veil.

Islam has no comedic sense.  None whatsoever.

This entry was posted in Pictures, Uncategorized and tagged Islam. Bookmark the permalink.